Thanks so much to Kathy at I Am a Reader Not  A Writer for hosting this awesome event. 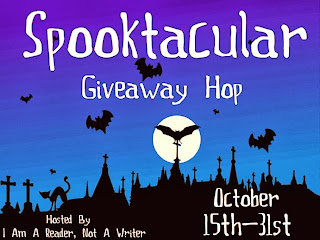 I am offering a copy of BAD MEDICINE, the first book in The Edge of Texas series. Please leave a comment with your contact information to be entered in this drawing. My heroine, Chloe Palmer, has a power she doesn't even know about. Read all about it in this romantic thriller, as Chloe and Rafael battle the dark powers of the curandero. 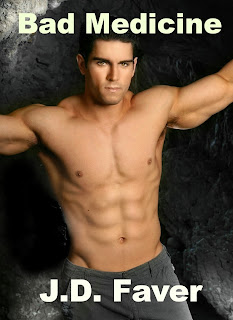 Here is a short excerpt from BAD MEDICINE, when Chloe first meets the curandero:


Turning her head, she saw Manuel Cruz push through the door, stepping aside for an older man to pass.
The man was taller than Manny and stood erect, exuding an aura of power as he gazed at her. His eyes were hooded, like Manny’s and had the same coldness of a hawk with a mouse in its talons.
She tried to control the sudden fear clutching at her heart. She greeted Manny with a weak smile.
A slow grin spread across his face as he approached her. “Chica, it’s good to see you again so soon. I saw your truck outside. I want you to meet my grandfather, Baldemar Cruz, the curandero. You've heard of him, perhaps?”
Chloe nodded, forcing herself to keep the smile in place. She was glad her hands were full, precluding the necessity of shaking hands. Touching this man would be like touching a snake, only more dangerous.
The elder Cruz stared at her as though he recognized her, sending a tingling sensation to the back of her neck.
“Abuelo, this is my old friend from school, Chloe Palmer. I told you about her.” A look passed between the two men.
Baldemar Cruz stood several feet away from her and spread his arms slightly as though embracing the air around her. He closed his eyes and took in a deep breath.
Chloe could hear the air rushing into his lungs and felt as though she too, was being drawn into him.
Colors around her swirled together and she could feel her heartbeat throbbing throughout her body. No, it was the curandero’s heartbeat that pulsed his blood through her. She wasn't breathing on her own, but with his air filling her lungs.
Suddenly she’d shed her skin and soared far above the convenience store. The darkening navy blue sky acted as a backdrop to the stars and the sliver of moon just visible on the horizon. The coolness of the damp night air caressed her face that wasn't a face, and the rush of being hurtled through space gave her a sense of euphoria.
A sound grew louder, but she hadn't noticed when it began. It wasn't an instrument or a voice but it was musical in tone and it surrounded her, throbbed through her being.
“Will this be all for you?” The voice of the convenience store clerk jarred her back to earth.
Chloe gasped for air, looking around her, but Manuel Cruz and his grandfather had vanished.


Be sure to leave a comment and visit the other wonderful authors on this blog hop! Happy Halloween!
Posted by J.D., Tara, Carol at 12:01 AM